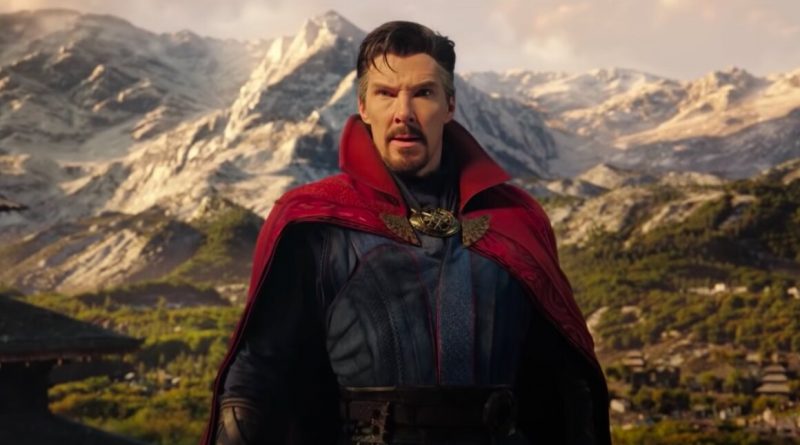 Doctor Strange in the Multiverse of Madness: “I thought one Strange was enough.” – Wong.

Benedict Cumberbatch left his Montana ranch, tossing away his Power of the Dog, to rekindle his super powers as Stephen Strange in part of Phase 4 and the 28th film in the Marvel Comic Universe. It’s the sequel to 2016’s Doctor Strange and picks up a few months after the events of last year’s Spider-Man No Way Home.

As we last left the magical doctor he had cast a forbidden spell that opened up a portal into billions of billions of alternate universes, so Strange, with the help of old and new allies, must travel into these celestial spaces to face a mysterious new adversary. Just to remind you, Stephen Strange was a neurosurgeon who became a Master of Mystic Arts following a career ending car accident.…as if Indiana Jones was a Super Hero.

The Multiverse of Madness is a great title because this film is in a frenzy from the get go…multi super powers, multi versions of multi characters, multi battles, multi colors and multi time frames. Directed by Sam Raimi, of Spider-Man fame, Doctor Strange in the Multiverse of Madness is a two hour and six minute strikingly loud, precisely choreographed action adventure with a side of PG 13 horror. There’s some laughs, sarcasm, fun cameos and while it’s Doctor Strange 2, Elizabeth Olsen as Wanda the Scarlett Witch steals the show.

You don’t need to have seen the previous films or Wandavision or Loki to enjoy this Doctor Strange, but it helps to have some MCU knowledge. The Multiverse of Madness is organized chaos in IMAX. Saturday morning cartoon fun, but ultimately just a celluloid portal to the next Marvel movie. My husband, Ricky, gives Doctor Strange in the Multiverse of Madness two eyes open…because who can sleep through that?! I give it a 6 1/2 out of 10. Stay through the partial credits for an extra scene and the entire credits for a fun final thought.