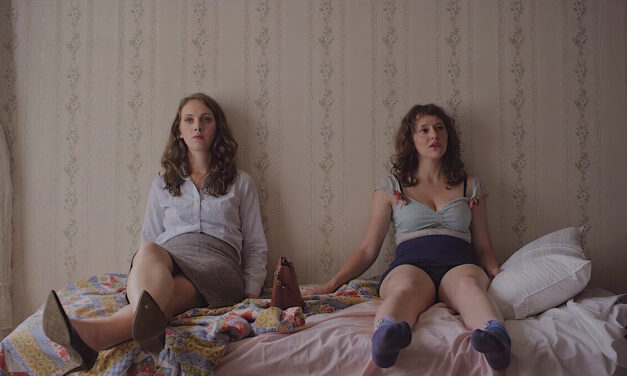 The beauty of indie cinema is that it’s not afraid to go after topics like dysfunctional families, nor does it just focus on select family members. It can have a minimal budget with actors who do not have a big name. However, films like Our Father have spirit, good intentions and a moving story that make it worthwhile.

Maybe it’s just an exaggeration or the impact the film had on me, but whatever it is, I am sure you would love to feel the same. Our Father follows two estranged sisters, Beta (Baize Buzan) and Zelda (Allison Torrent). The two have nothing in common; while Beta tries to grow as an individual, Zelda tries to find an easy path towards self-destruction. When they learn about the death of their father, who seemingly took his own life, the sisters get together on a quest to find their long-lost uncle (Austin Pendleton), who may not even want to see them.

The film starts with Beta sleeping in her car, the reason for which we’re yet to be told. We meet Zelda only when they find out the tragic news. Zelda is an interesting character you will fall for instantly. She lives in her own world and does not care about anyone’s opinion. She has no cell phone nor the desire to connect with the outside world, except for Henry (Tim Hopped), with whom she has a complicated relationship.

When Beta and Zelda connect, their bond gets stronger. But as they get used to each other, you swiftly realize it won’t be easy for Beta to take care of Zelda, even temporarily, because she has created a protective wall around herself.

Surprisingly, Bradley Grant Smith’s Our Father is an absolute treat from the SXSW Film Festival. Originally, I had no intention of watching it but am pleased for having made the right choice by seeing it. It’s a delightful journey where we, along with Beta and Zelda, learn to navigate through a difficult atmosphere as they mourn the loss of their father. The search for their uncle acts as a tool for them to hold on to each other for a bit longer. Their conclusion is inevitable; we know that. But it’s the path the film takes us through that will stun you the most.

We need stories like these told all the time to remind us of the familial connection we need at all stages of life. We can deny it’s existence but not run away from it. Indeed, Zelda and Beta lost their father to suicide. But will they follow the same path by killing the only thing they have left – their relationship? That is the most pressing question the film asks, and it is up to Beta and Zelda to figure out. As for you, my most sincere reader, make no mistake – if there is a doubt regarding what to watch tonight or tomorrow or any given time, I hope “Our Father” will be your first choice.