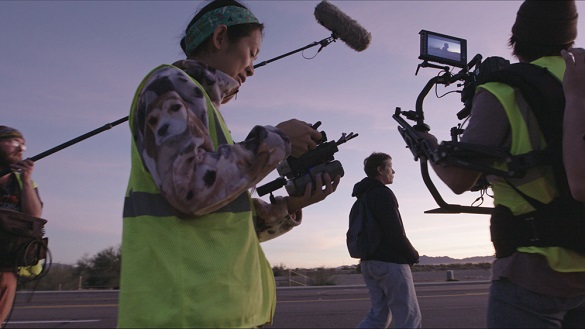 At the 2021 Academy Awards ceremonies, women earned a record 17 trophies, the most in Oscar history. Considering the ceremony awarded 30 male winners, that means women received 36% of the statuettes awarded in the 23 competitive categories.

It stands to reason that more female winners comes from more female nominees and that was certainly the case in 2021. The Academy of Motion Picture Arts and Sciences this year nominated a record 70 women with a total of 76 Oscar nominations, the highest total ever. According to TheWrap, 76 of the 235 individual nominees across all 23 competitive categories from this year’s films were women, or about 23%.

For the first time, the Academy this year nominated two women in the directing category, with Nomadland‘s Chloe Zhao and Promising Young Woman‘s Emerald Fennell picking up nods in the coveted category. Zhao won the category, becoming just the second woman (after The Hurt Locker‘s Kathryn Bigelow) and the first woman of color to garner the best director Oscar. Nomadland also won best picture and best actress for Frances McDormand, who has now won the category three times in her career.

If McDormand wins best actress again during her career, she will tie with the late Katharine Hepburn, who has the most wins with four in the category.