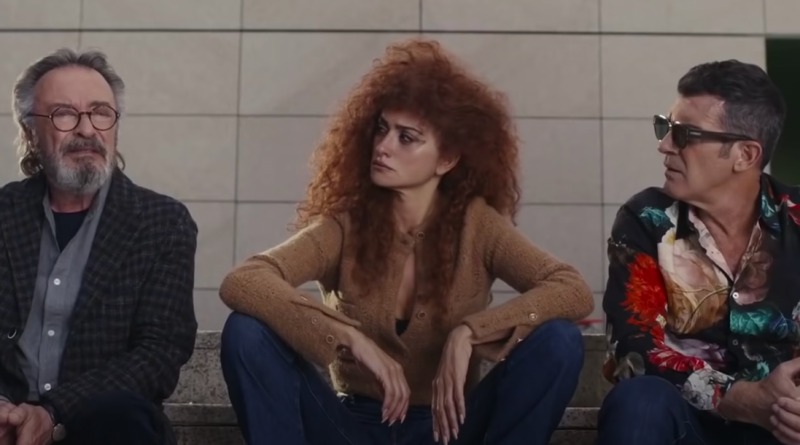 Official Competition goes behind-the-scenes with actors and a director.

As Official Competition begins, on the occasion of his eightieth birthday, multimillionaire Don Humberto Suarez asserts that he lacks prestige. Therefore, he must contribute to something lasting, a bridge with his name by a famous architect or a movie. For that latter option, he purchases the rights to the Nobel prize novel Rivalry, which he doesn’t read.

Humberto then hires award-winning director Lola Cuevas, who launches into preparation for the shoot, a story of two brothers of conflicting temperaments. What follows is the amusing, often laugh-out-loud funny, cat-and-mouse sparring of this creative, cunning trio. Each schemes to dominate their interaction, egotistical indulgence on full display. They’ll use lies, insults, compliments, and dissembling to advance their control of each rehearsal. The serious, yet unhurried presentation elevates Official Competition to an entertaining, farcical triumph.

Credit goes to the three primary actors. Penélope Cruz is director Lola, sporting a wild, fiery red halo of frizzy hair. Antonio Banderas is Félix, the more flamboyant brother, and Oscar Martínez is Iván, contemptuous of ostentatious display, a theater icon who teaches acting. Method oriented Iván and craft committed Félix deliver a master class in performance, expertly manipulated and often upstaged by the sly Lola, always wise to them. They prepare for the film with a table read of the script, several run throughs of the brothers’ combative scenes, and Lola forcing frustration, even outright rebellion. For example, in one inspired moment, she directs Iván to read “buenas noches/good evening” over and over and over, seven times before she’s satisfied with his nuances. She has just begun her artful, autocratic control.

Dazzling compositions capture an actor in three images, mirrored close-ups, or dwarfed in cavernous settings as Argentinian co-directors Gastón Duprat and Mariano Cohn take us behind the scenes with, as Cohn states, “the purpose of showing, through fiction, how actors build emotion. Audiences will see the mechanisms, techniques, tactics, and procedures involved.” Duprat adds that they address issues such as “egos, the need for prestige and recognition, the different schools of acting and the tensions between artists from different backgrounds and with different objectives.” “Official Competition” pulls back the curtain to let us glimpse creation, in all its messiness, at work. Official Competition is in Spanish with English subtitles.